This page is obviously under construction.
It's rather like a half-finished building. It might be lacking some stuff but still completely liveable in a pinch.

The painting on the gate is Klee's Struck from the List, depicting him as a Jesus figure after he was fired from his post at the Dusseldorf university for being a Galician Jew. The background here is Klee's "angel from the star",

The University began in a similar fashion, and is dedicated to Uriel, a controversial angel who appeared in the middle ages to a Sicilian friar named Antonio lo Duca but was later banned for being confused with Beelzebbub who always tries to recover his old job, Light bearer.learn moreUriel is also the patron of Oxford University, so we are not the first to suggest he might be rehabilitated, also Carmine Alvino has a whole book on it which we never read yet. Those who read Italian can read all this here for free HERE It seems odd that a demon would want a church where the Eucharist was celebrated? Thoughts? Theres more material we may post later in the interest of intellectual rigor. 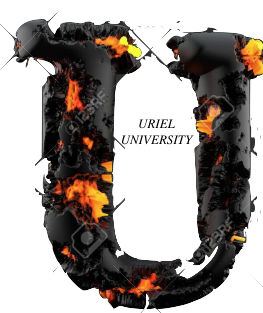 WANT YOUR DIPLOMA THIS SPRING? COUNT UP YOUR CREDITS!!!
TUNE IN TO LATIN SUNRISE BOOGIE, AND LATER, THE SANTA MISA AT EIGHT AM SALVADOR TIME, NINE AM NEW YORK TIME CLICK THE VIA CRUCIS IMAGE
VOICE OF THE VOLCANO WELCOME TO THE NEW WEBSITE, HOPEFULLY IT WILL BE EASY TO NAVIGATE.
THE ANGELO GUIDO WILL ALSO BE GLAD TO ASSIST YOU.
THE GUIDE, AND THE WHOLE PROJECT REPRESENTS A HUGE AMOUNT OF WORK!!
SO THAT WE ALL CAN NAVIGATE THE VALANGAVERSE.